Hey everybody this is Don from The New Life Diet also Shifu Don as some call me Shifu, because I'm a teacher and Shifu in Chinese means teacher. In this post I want to give my honest review of The Blake Diet. Some of you may have seen Blake Horton, he does Instagram videos, Youtube videos, Facebook live videos and he shows where he eats like a ton of food which he does on OMAD, which is one meal a day. I also do OMAD multiple times a week and when I'm not doing OMAD typically I'm in a 4-hour eating window. I joined his program since I run The New Life Diet and I wanted to see if what Blake offers is something special or just you know like anything else that's out there or how does it compare
to what I teach.

Ok so I went ahead and I joined the Blake diet like I said so that I can see what it is about, kind of like spying on the competition right. Okay so the first point I have is Blake as a person.

How is Blake as a person? Obviously I've never met Blake in person but from watching his videos and also being in the Blake diet and being in his private members Facebook group I did get to interact with Blake and from what I could tell he is a good person and he does want to do his best to help you lose weight. He does answer questions in the Facebook group but if you ask him a question outside the Facebook group forget about it, he's not going to answer at all, he's going to do is tell you to go to The Blake Diet and sign up.

My second point is the actual website TheBlakeDiet.com..
Is it worth the money that you’re paying for the website? Well the website looks really nice, he did a good job on the website or whoever he had build it. It looks good, it functions well, it's easy to join and it's actually easy to cancel, so if you want to get out and not continue to pay his $30 a month it's easy. You just hit the cancel button and you're done, so as far as functionality of the website goes and the way it looks it’s pretty good.

The answer to that question unfortunately is no!! It's nothing special, you're not gonna learn any kind of magic tricks or some special thing that he's only teaching. So it talks about intermittent fasting and it’s main focus is calories in calories out. I'm not gonna get in depth on calories in, calories out because that's not what this post is about but if you want to learn about it just do some google searching on it and also intermittent fasting as well. His big push is TDEE and one meal a day, again if you don't know what that is just do some research on that, there's plenty of information on the internet on that so nothing special going on there.

Ok so on my seventh thing I'm just gonna close with this. This is like my brief summary of the course, The Blake Diet. When you get on the website he has some videos, not many videos but just some videos that explain about intermittent fasting so you know how it works and all that stuff. So is it anything special, again not really you know you can learn about that online for free. You can, there's plenty of YouTube videos that you can learn about intermittent fasting, it talks about TDEE which is Total Daily Energy Expenditure, which again is not something special. It's online, there's calculators for figuring this stuff out so nothing special there. Like I said he also shows you about the recipes that he makes and the foods that he recommends that you eat and basically to be honest the way that him and his group members on The Blake Diet are eating is not really that healthy because when you go into the group it's people that are wanting to lose weight eating junk food and what not.

Don't get me wrong, you can lose weight eating anything and a lot of the members are posting pictures in there and videos in there of these meals that they're eating which are not healthy for you and they're losing weight which like I said you can, but it's not healthy. So you know eating these big meals of cereals and syrups and chocolates and you know all kinds of crazy things that they're coming up with. You know it's not really the healthy way to go if that's your goal. If it's strictly just to lose weight and you don't really care what you eat then you can go with it, you can just eat whatever and just follow your calorie deficit and do some fasting and you'll lose weight. It doesn't matter what you eat, but if you're looking to lose weight quick, if you're looking to lose weight healthy and if you're looking to improve your health it's not really the way to go.

When you get into the Facebook group if you do join you'll see that a lot of it's like they're bragging about eating these crazy meals with junk in them. Now Blake on the other hand, he puts some real thought into what he's eating and these recipes that he's putting out. He's putting some serious thought into it so when you see him eating all this peanut butter it's not unhealthy JIF peanut butter he's eating a more healthy powder peanut butter that you mix water with and you turned it into peanut butter. It's like a third of the calories and a third of the fat so it's healthier peanut butter. So it looks like he's just working on these unhealthy things but he's substituting with healthier options. It looks like he's eating unhealthy but in retrospect he is trying to eat a little bit more healthy.

He's real specific on like even the bread so if you see him eating like six big huge peanut butter sandwiches with chocolate chips on them or something he's specific about the bread, making sure that the bread is good. Bread that is low-calorie and non-gmo bread, maybe gluten-free bread just good bread and the same thing with the peanut butter. Like I said it's specific peanut butter, is not garbage and then maybe he's eaten sugar free chips so it looks like it's high-calorie and unhealthy type stuff but he's putting spins on it and what you see is not technically what you think it. So in closing this review again on The Blake Diet and I hope you guys and gals learned a little something from it. I hope it helps you whether you do want to join or you don't want to join, it's up to you.

Again this is just my honest opinion of it and I'm here to help you guys and gals with losing weight, getting fit and getting healthy so if you need my help just click the links below, get in contact with me. You know if you'd like you can join my program The New Life Diet. It's just a fraction of the price as well and pretty much I go over the same stuff but I try to be more healthy about it and I do cover some health issues, health topics that can help you. I'm not a doctor, I'm not telling you these things it's just based on my experience and what I've seen on the internet and the research that I've done. I just make suggestions you can try this, I'm not telling you to do anything it's up to you and what you want to do. I hope this post helped you. If you liked it be sure to comment below, let me know what you think. Stay safe and have yourself a blessed day!

"Everyone has a physician inside him or her; we just have to help it in its work. The natural healing force within each one of us is the greatest force in getting well. Our food should be our medicine. Our medicine should be our food. But to eat when you are sick is to feed your sickness."- Hippocrates 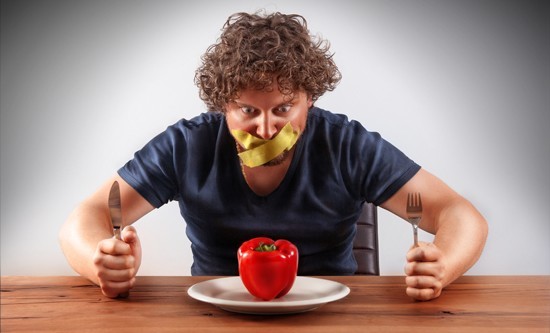